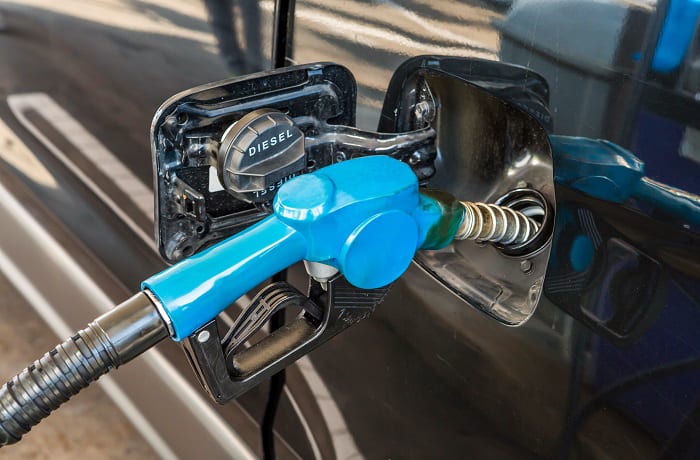 Not really. You may have heard from your dealer or mechanic that you shouldn’t use Techron or any other fuel injector cleaner as it may damage the engine.

These claims are false and misleading. Techron fuel injector cleaner can’t damage the engine not unless it is used incorrectly.

Many car owners use Techron to clean their fuel systems as well as the engine, and there haven’t been many complaints regarding the negative side effects of this fuel injector cleaner.

Obviously, after hearing such allegations, you may be reluctant towards using Techron. However, Techron offers more benefits than disadvantages.

And the likelihood of it damaging your engine is very slim, not unless the fuel injector is already damaged.

If Techron wasn’t ideal for engines, it wouldn’t be included in gasoline. Top-tier gas often contains low amounts of Techron. This is why you often get better gas mileage when you opt for premium fuel.

Techron does a great job at cleaning the engine and you can be assured of your car running better after adding this fuel additive.

What Can I Expect from Techron?

The main purpose of Techron is to clean fuel pathways. For this to happen, all you have to do is pour some into the fuel tank.

When it gets into the fuel system, Techron contains solvents that dissolve residue and deposits found alongside the fuel line.

But my car has a fuel filter? Where do these deposits come from? The filter can’t keep your fuel systems 100% clean.

Over time, dirt particles pass through the filter and accumulate into deposits.

The advantage of Techron is that it blends with fuel and as it dissolves deposits and gum on the fuel pathways, it is carried to the engine where it burns to keep the car running.

The only way Techron would damage the engine is if it wasn’t a combustible solvent.

This means that it would interfere with the ordinary burning of gas in the engine. The solvents found in Techron also minimize engine misfiring and get rid of moisture that is trapped along the fuel line.

If you have got old gas along the fuel line that isn’t burning, Techron can help with that. Techron isn’t a new cleaner in the market.

It has been the number one fuel injector cleaner for many drivers for years. This wouldn’t be the case if it had negative effects on the engine.

Should there be heavy clogging of the fuel injectors, then Techron may not be as effective. In such instances, the injectors need to be removed from the car and cleaned manually using pressurized chemicals.

Why then Would a Dealer Advise Me Not to Buy Techron?

A dealer would tell you anything as long as they are trying to sell you something. In most cases, a dealer would try to convince you against using Techron so that you can buy their treatments at an exaggerated price.

At the end of the day, the decision on how you are going to keep your fuel system clean falls on your hands.

You can always go with the option the dealer is advising you to choose, or you can do more research and find out the benefits of using fuel injector cleaners such as Techron. Research is key, especially for vehicle owners.

We won’t dive much into treatments sold at the dealer because our main focus today is Techron.

If you go through the various reviews, you will realize that Techron is great at increasing gas mileage and cleaning deposits on fuel pathways thus ensuring car engines perform better.

The only thing you need to be careful about when using Techron is the treatment rate. As per the instructions on the bottle, the ratio poured should be one ounce of Techron per gallon of gas.

If you follow these instructions that your fuel system will be clean and your engine will run perfectly.

Can an Overdose of Techron Damage the Engine?

We have already ruled out that Techron has no harmful side effects to the fuel injectors. However, what happens when you put excess Techron into a gas tank?

In the first place, why would you that yet the explanations are very clear on the usage of Techron? Secondly, even if you do, there is likely not going to be much damage done to the fuel injectors.

The car may run poorly until when burning the Techron instead of fuel. However, once you fill up your gas tank with fuel, the engine will run smoothly.

Please note that Techron is a fuel additive and it’s not a fuel. Yes, it is combustible but it does not produce the energy needed to run an engine.

That is the role of fuel. So, if you overdose the amount of Techron on fuel, your engine is going to run poorly. And, fuel additives are meant to be used occasionally.

Do not add Techron every time you are filling up your gas tank.

If you always want a cleaner in your gas tank, go for top-tier fuel that features traces of cleaners. This is a much safer option than pouring Techron all the time. And you will get better gas mileage.

If you have parked your car for a while and you are worried about old gas affecting your engine performance, don’t add Techron thinking that it will clean or refine it.

Drain the fuel, and refill the tank with new gas and then add Techron as advised by the manufacturer. This will clean deposits that may have built up on the pathways. One thing you should never do is overdose your car with Techron.

Other than the Engine, Can Techron Damage the Gas Tank?

It won’t damage the tank but it may eat through your fuel tank lining. As mentioned earlier, Techron as a fuel injector cleaner should be used occasionally.

Too much use of this cleaner eats through the fuel tank lining and this can have drastic effects. Always stick to the recommended treatment rate of fuel injector cleaners.

To know whether Techron can harm a car’s engine, we should look at what it is and what are its uses.

Techron is a fuel additive that is designed to clean the fuel system and engine so that your vehicle can run and perform as it should be.

Techron can be used on diesel and petrol engines. The Techron formula was formulated after decades of research and it is constantly being upgraded to meet the needs of modern engines.

Techron can be used to clean deposits in fuel injectors, gas tanks, carburetors, intake valves, combustion chambers, and any part of a car’s fuel system.

Why Should I Clean My Car’s Fuel Injectors?

Fuel injector cleaners were created to clean fuel with the injectors still intact in the engine.

The presence of deposits in your fuel injectors can lower fuel economy and affect the performance of your vehicle.

However, if you use a fuel additive such as Techron, the fuel system gets a thorough treatment and your vehicle can accelerate faster. There are several benefits of using Techron.

A cleaner such as Techron works on both petrol and diesel engines. Plus, whether your car is old or new, you can benefit from cleaning it with Techron.

What is the Recommended Fuel Injector Treatment Rate When Using Techron?

The manufacturer of this cleaner recommends that it be used every 3,000 miles or before an oil change.

They also go on to add that vehicles should not consume more than five bottles of Techron between oil changes. Preferably, using Techron after every 1,500 miles should keep your engine running optimally.

Even if you have a small tank, that doesn’t give you the freedom of pouring an entire bottle into the tank. Stick to the recommended usage which is one ounce per gallon of gas.

Where Do Carbon Deposits Come From?

We have already talked about the small contaminants that pass through the fuel filter. But, are you wondering where carbon deposits come from?

The main source of carbon deposits in your engine is the combustion process that takes place there.

Over time, more carbon is produced and it builds up into huge chunks that clog injectors thus affecting fuel flow. If your fuel injectors are clogged, your engine may lose power.

Techron cleans and prevents carbon deposits from building up and clogging your fuel injectors. This cleaner contains solvents that dissolve carbon deposits.

As a result, your engine performs better and you enjoy increased fuel economy.

Contrary to popular opinion, carbon deposits can build up in both old and new cars. So, if you are thinking you are safe from this problem just because you have a new car, know that you aren’t.

Does Slamming A Car Door Damage It? Find Out The Answer
5 Common Fram Oil Filter Problems (Explained)
Does Seafoam Clean Fouled Spark Plugs? (Explained)
Can A Weak Battery Cause A Car To Run Rough? (Explained)