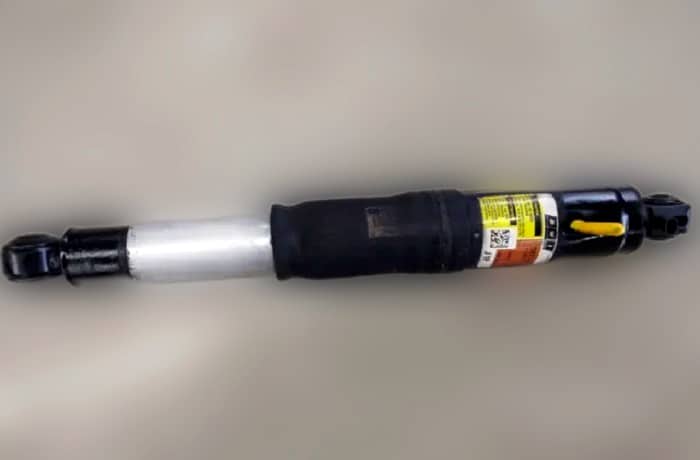 MagneRide is acknowledged as amongst the best suspension technologies in the auto industry. However, like other shocks, they have their fair share of problems.

For the MagneRide, leakages are one of the most common problems that affect these shocks. If you intend to buy or already own MagneRide shocks, it’s important to familiarize yourself with this leaking problem.

We will explore everything car owners need to know about leaking MagneRide shocks.

Is Leaking a Common Problem that Affects MagneRide Shocks?

Leaking is a problem experienced by many car owners, not just those with MagneRide shocks. These shocks are pretty high quality, and that’s why they have a high price tag.

Nonetheless, after years of use, MagneRide shocks can begin leaking when the seal wears out or gets damaged. A good number of vehicle owners with MagneRide shocks have complained about leaking.

We can therefore conclude that it’s a rampant problem.

How Do I Know My MagneRide Shocks are Leaking?

Diagnosing leaking MagneRide shocks is pretty straightforward. All you have to do is check the undercarriage and inspect the condition of the shocks.

If there is an abnormal amount of oil, that’s a leak. However, before you make a replacement, you must distinguish between normal weeping and leaks.

Normal weeping is the oil residue you will see only on the top or bottom of the shock absorber. Quite often, such leaks don’t originate from the shaft seal.

Leaking is when you see oil dripping from the shaft seal. If the oil is in excess amounts, then that’s a leakage.

If you are struggling to diagnose a leak, always take your car for a professional inspection at a mechanic shop. They will tell you if your MagneRide shocks are leaking or not.

Also, if the wheels are leaking, you may notice a difference in ride comfort. You can always clean the struts and monitor for leaks every day.

What to Do with Leaking MagneRide Shocks?

Upon inspection, should you discover that your MagneRide shocks are leaking, there is no other option but to replace them right away. Irrespective of the cause of the leaks, there is usually no repair solution.

Unfortunately, you will have to dig deeper into your pockets for new shocks, especially considering how expensive MagneRide struts are.

If your car is fairly new and the struts haven’t outlived their lifespan, you can always check if they are covered by warranty. This should save you lots of money.

Still, on the warranty, don’t let your dealer convince you that this is normal. We have already educated you on differentiating between a leak and normal weeping. Some dealers intentionally misinterpret leaks on MagneRide shocks for profit.

Do All MagneRide Shocks Start to Leak at Once?

The chances of that happening are pretty low. As mentioned earlier, these shocks are different from the typical ones. Leaks may only occur on one shock, which is the only one that must be replaced if you are on a budget. If you can afford it, always replace shocks on the same axle.

How Long Do MagneRide Shocks Last Before Leaking?

There are other problems that MagneRide shocks can manifest when they surpass their lifespan. Currently, however, we are going to focus on leaks.

Leaking in MagneRide shocks should occur after 50,000 miles or five years. Therefore, if your MagneRide struts leak after 60,000 or 70,000 miles, that was bound to happen.

Anything signs of wear manifesting before the 50,000-mile mark is unacceptable not unless the shocks have been involved in an accident. Please note that MagneRide shocks don’t have an exact lifespan. Some can start to leak after 100,000 miles. Others can leak as soon as 10,000 miles.

The level of maintenance shown to the shock, the absorbers, and a motorist’s driving habits determine how soon the leaks can occur. Be it as it may, it’s a great idea to always replace MagneRide shocks as soon as they hit 50,000 miles.

Since these are high-end shocks, they are quite expensive than typical shocks. For replacements, you will have to pay more.

The problem with a leaking MagneRide shock is that there is no repair. It just has to be replaced with a new one. Don’t be duped by mechanics who promise to repair leaking shocks for a smaller fee.

When the damage is already done, there is usually no turning back. Unless you go for low-quality shocks, you will have to dig deeper into your pockets for MagneRide.

If a MagneRide shock leaks, it will start to ride roughly. The problem with a leak on shock absorbers is that it occurs gradually.

Therefore, you may not feel when the ride comfort changes. You don’t have to wait until the ride becomes rough. You should replace the shocks as soon as they start to leak.

What Causes MagneRide Shocks to Leak?

MagneRide shocks can leak due to two main things; physical damage to the shock or worn-out seals. Quite often, leaks are caused by the latter.

When you look at a MagneRide shock, you will see a rubber seal that holds the hydraulic fluid in place. That seal wears out gradually, and around 50,000 or 60,000 miles, it may snap, and that’s when leaking will occur.

The other cause for leaks will be an accident. In case you are involved in an accident, and the shocks get hit, the seal can be broken, and the fluid will leak.

Irrespective of the cause, as long as there are leaks on the shocks, they ought to be replaced as soon as possible.

How Can I Fix a Leaking MagneRide Shock?

To emphasize what we have discussed earlier, there is no fix for leaking MagneRide shocks. Replacement is the only solution. Is it possible to perform a replacement by yourself? Sure thing.

The process is a lot similar to how you would replace standard shocks. The only difference is that there is an electrical connector that should be fitted to the body of the shock.

If you are replacing a faulty MagneRide shock, ensure you get a new connector as well. A car that has been tuned may require a different installation method.

Also, before we can move on from replacing MagneRide shocks, it’s advisable to replace shocks in the same axle simultaneously because they experience the same amount of wear and tear.

Do MagneRide Shocks Have Other Problems?

Leaking isn’t the only problem that you will encounter with MagneRide shocks.

Another common issue with these shocks is stiffness. Everyone praises MagneRide’s unique suspension technology. But it can be problematic when the tech fails.

In MagneRide shocks, there is a hydraulic fluid comprising iron particles controlled by electromagnets. This change is responsible for fluid flow.

Should the electronic circuits in a MagneRide shock fail, the hydraulic fluid will stop flowing, and the shock will become stiff or start to seize.

Should you run into this problem, you can have a mechanic examine the electrical system. The electrical connector can be fixed, and the shocks should stop seizing.

Other than stiffness, MagneRide shocks also feature bushings that fail with time. When these bushings wear out, the shocks begin clunking, rattling, or squeaking. As you inspect the shocks, always check the conditions of the bushings.

Besides these two, there aren’t other problems associated with MagneRide shocks. If you experience another issue, always consult your dealer or a professional mechanic.

All shock absorbers have problems. MagneRide makes innovative shock absorbers with tons of benefits. For instance, with these shocks, you can adjust them depending on your preference.

The tour setting is soft and ideal for a comfortable ride. There is a sport and race setting that adjusts the stiffness of MagneRide shocks. The difference in stiffness settings goes a long way in ensuring that riders have multiple options depending on terrain.

Besides the above, these shocks feature impressive technology that makes them precise and extremely fast at responding to force.

There is a huge difference between a car with ordinary shocks and another with MagneRide shocks. Also, if used and maintained frequently, these shocks can last more than five years.

Because of its impressive design, MagneRide shocks are fitted in several cars, such as the Escalade and CT4.

Is It Okay to Drive with Leaking MagneRide Shocks?

MagneRide shocks may have the best suspension technology but shouldn’t be driven when leaking. Many car owners ignore leaking shocks because they assume nothing bad can happen.

However, when a MagneRide shock leaks. The amount of hydraulic fluid reduces gradually. If not replaced, the shock can be left with no fluid, making driving pretty dangerous.

A bump can easily make you lose balance, especially if you are driving at high speed. Replace leaking MagneRide shocks as soon as you spot the leaks.

If you always adhere to replacing shocks after 50,000 miles, you may never have to deal with leaks for the rest of your car’s lifetime.