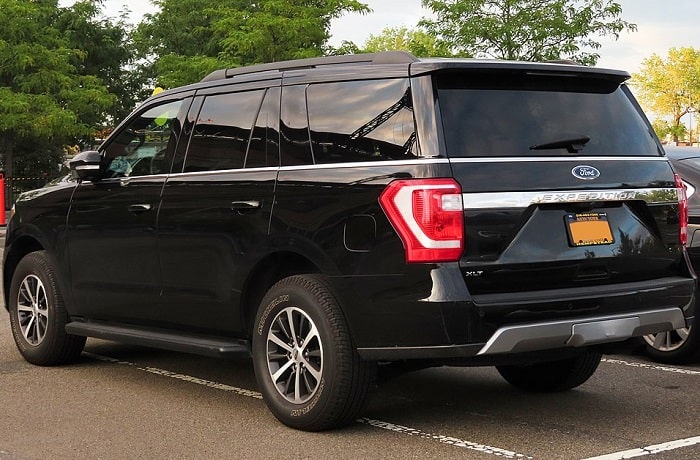 The third-row seat in the Ford Expedition offers many benefits. If you have got a big family, or you occasionally have many passengers, the availability of a third row can ensure everyone is comfortable.

As advantageous as this extra row in the Expedition is, it doesn’t always function as expected. Over the years, there have been many Ford Expedition third-row problems reported.

And even though Ford is yet to acknowledge whether their third-row seats have issues or not, as a buyer interested in getting a Ford, or if you already own one, it is crucial that you know some of the problems that may arise from the third-row seats.

Below, we are going to analyze some of the most commonly reported Ford Expedition third-row problems.

By far, this is the most common complaint that has been reported by Ford Expedition owners. In this car model, the third-row seats are foldable. This feature makes it possible for car owners to convert the third-row seat area into a bigger cargo bay.

If the third-row seats in your Ford Expedition aren’t folding, there are two main causes. One is that the headrests aren’t folded completely. This is usually the biggest cause.

Confirm if the headrests are folded and then initiate the process of folding the third-row seats. This should fix the problem. However, if it persists, you have to move on to the other cause and that is a faulty release latch.

The ideal remedy for a broken rear seat release latch is to replace it with a new one. You can get one for your Ford Expedition from your local dealer.

Alternatively, you can buy it online. Replacing a release latch requires some technical know-how, which you can learn from this guide.

And if it seems complicated, a professional mechanic can always replace a faulty release latch for you, enabling the seats to fold as usual.

The Ford Expedition doesn’t disappoint when it comes to luxury. That’s why they often add the heated seat features even in the passenger seats.

Should you have a luxury package of the Ford Expedition that has got heated third-row seats, then you may come across this problem.

The heat feature is activated using a button. When you discover that this heating feature isn’t functioning, the first thing you need to check is a blown fuse.

In your Ford Expedition car manual, you should be able to identify where the fuses are located and which fuse is designated to facilitate this feature.

When you find out that the fuses are working perfectly, the next culprit should be the wiring. As the third-row seats are folded and unfolded, it is normal for a wiring issue to pop up.

A broken wire will prevent you from activating the seat heat feature and to diagnose this problem, you will have to follow the wire trail. Broken wires will have to be replaced. And this is something you can do by yourself.

Across the various trim packages, the Ford Expedition also comes with heated power seats. This allows the passenger to move the seat using a button so that they can position the seat in a way that is comfortable to them.

This function can stop working because of faulty motor gear. And the best solution is to replace it.

The operation of power seats in a Ford Expedition heavily relies on the motor gear. And when it wears out, it starts misbehaving and that’s why you become unable to either adjust or move the seats.

Similar to other above problems, you can replace the motor gear by yourself or take it to a mechanic. Another cause of malfunctioning power seats is dirty connection cables.

It is, therefore, a good idea if you can open the terminals, clean them and connect them back.

Another commonly reported issue is the emission of clicking noises from the third rows when they are either being folded or adjusted.

Clicking sounds are a sign of mechanical failure. And even though the third-row seats may be functioning properly at the moment, with time, the problem is going to escalate.

If you hear clicking noises, first check if there is an obstruction anywhere along with the seat mechanism. If there is none, then inspect the condition of the motor.

A worn-out motor is more likely to produce squeaky noises. Clicking sounds can also be caused by a faulty actuator, you may want to confirm that as well.

Has Ford Acknowledged Any of the Above Third Row Seat Problems?

Two years ago, Ford recalled more than 500,000 SUVs and trucks because they claimed that the vehicles didn’t have a third pawl that would ensure seat strength in case of a crash.

Ford is yet to acknowledge if the above issues are related to manufacturing faults or not. The only green light to this problem is that Ford Expedition third-row problems can be fixed easily especially when you identify the cause.

These problems can be fixed by the dealer, mechanic or if you have some technical experience, you can buy the parts that need replacement and do it yourself.

Nearly every part of your Ford Expedition can be replaced, you just have to know where to look. Though rare, there are times when the third-row seats can be so worn out that almost every function stops working.

During such instances, replacing the third-row seats can be a great option for you to fix all the issues at once. Obviously, a total replacement will cost way more than a repair.

This is a decision that doesn’t need to be made lightly. eBay is a great place for you to find third-row seats for your Ford Expedition as well as parts such as the motor gear and seat adjusters as well as mounting bolts.

If you are a DIY car enthusiast, sourcing parts for your third-row seats shouldn’t be an issue.

Without a doubt, the older the car, the more problems it will have. That is why some people shy away from buying used vehicles.

If you happen to be buying a used Ford Expedition, we recommend that you assess the state of the car first. Regarding the third-row seats, test and confirm whether all functions are working properly.

If it’s folding, the seats should fold automatically with no fuss. Despite automatically powered seats being convenient, they are more vulnerable to issues than their manual powered counterparts. Therefore, don’t forget to put that into consideration.

How Do I Fold the Third Row Seats on My Ford Expedition?

In Ford Expedition models that have powered third-row seats, folding them is very easy. Navigate to the power seat buttons, they should be labeled as 3R and 3L. Press one or both and watch the desired seat lower. You should also press the same button if you want the seats to switch upright.

How Do I Reset Third Row Powered Seats on a Ford Expedition?

Sometimes, the above feature may stop working as it regularly does. In this case, you will have to reset the function.

Resetting the third-row powered seats entails pressing on the PowerFold controls for both seats and watch them fold and unfold simultaneously.

Perform this step several times. You will have reset the mechanism and this feature should be working perfectly now.

Can an Obstruction in the Mechanism Prevent Third Row Seats from Folding?

This is the leading cause of third-row seat issues. If your Ford Expedition is fairly new, there is no reason why the seats shouldn’t be folding seamlessly.

In case you run into such an issue, always check if something is obstructing the seats. It could be a penny, food crumbs, or even lose wrappers.

Anything that gets stuck in the seat folding mechanism can prevent it from operating efficiently.

Remember to check whether the ceiling seatbelt is up or down. As this too can interfere with folding and unfolding.

Do You Really Need the Third Row Seats on a Ford Expedition?

After going through all the above problems associated with the third row, you may be wondering, do I really need them in the first place? Well, the first reason that comes into mind is more seating space.

If you have a big family, or you intend to use your Ford Expedition for work and business-related activities, the extra seating room can come in very handy.

A Ford Expedition with third-row seats allows you to carry up to 7 average-sized adults. You can also fold the seats and create more cargo room.

There are some downsides however, cars with third-row seats are bigger and heavier, and therefore, you get less fuel economy and maneuverability.