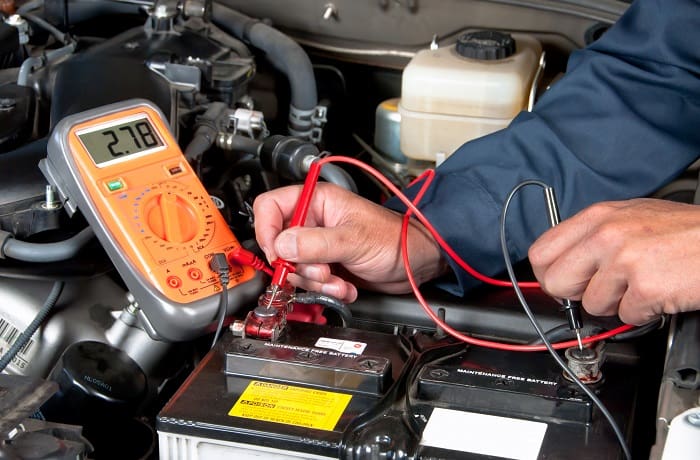 Even though it won’t happen directly, a weak car battery can cause a car to run rough. A car engine finds it hard to idle when the battery is dying.

It can even force the engine to stall. The alternator in your car relies on the battery to produce power to run the engine. If you have a weak battery, the alternator won’t be able to fully carry out its function and that’s why your car may run rough.

A well-functioning vehicle should run smoothly from the second you start it, when being driven, and also when it is idling.

The warning signs that your vehicle is running rough include vibrations, loud noises, shaking of the vehicle, and a drastic decline in car performance.

Most of the causes of a car running rough are linked to the engine. They can however be caused by other issues such as a failing alternator affected by a weak battery.

Despite the relationship between a vehicle that runs rough and a weak car battery is narrow, the latter can cause your vehicle to run poorly.

The battery is an integral part of the vehicle’s electrical system. And if it’s weak, then you should expect issues with your engine.

A good number of car owners have experienced this first hand. Their vehicles seemed to run rough and when they changed their batteries, the cars began running smoothly.

If you have a weak battery, you should replace it right away as it may not start your vehicle all the time. More so during cold mornings. However, there are other causes that can make your car run rough. We will list them later on.

But it is important that you know, although a weak battery can cause your car to run rough, there are a bunch of other culprits.

You need to rule out all these causes so that you can find why your car is running rough and fix that problem.

Can a Weak Battery Cause Rough Idling?

Yes, it can if you also have a bad alternator. If you have a weak battery, the car may or may not start. Should it start and you realize rough idling, then your alternator could also need replacement.

When the alternator is unable of putting enough power to recharge the battery, you can expect some rough idling.

And as if that’s not enough, a weak battery can cause the engine to misfire. Batteries with low voltage slow down the processing of the fuel pump.

And this leads to a condition known as lean fuel. A weak battery also causes improper opening of several injectors. When these two conditions caused by a weak battery are paired up, your engine will definitely misfire.

Will a weak battery Cause the Engine to Stall?

Driving around with a weak battery is dangerous because it can also cause the engine to stall. This happens because the alternator is forced to work harder than it should to supply more power.

This added stress can lead to stalling of the engine which is very risky.

What are the Signs of a Weak Car Battery?

When your car is running rough, this may not be the most obvious sign of a weak battery. However, there are other signs which are easily noticeable.

And familiarizing yourself with these signs is crucial in helping determine whether your battery is causing the car to run rough.

It is essential that you familiarize yourself with these signs of a dead battery so that you can diagnose various issues with your car such as a vehicle that runs rough.

How Can a Bad Battery Cause a Car to Run Rough?

When you feel like your car is running rough, this is referred to as an engine misfire. This occurs due to incomplete combustion in either one or more of the engine cylinders.

But because today we are focused on batteries, let’s see how a weak battery can cause engine misfire.

A car with a weak battery affects the fuel pump which in turn causes an engine misfire.

The fuel pump is tasked with sending fuel to the combustion engine. If there is low juice coming from the battery, the fuel pump doesn’t work at the speed it is required to.

When this process is slowed down, the condition known as lean fuel mentioned above occurs. And this can cause misfiring of the engine when the battery also affects the opening of injectors.

If indeed your weak battery is causing the engine to misfire, if you don’t replace the battery as soon as possible, the engine can be damaged severely.

Because of the lean fuel condition, the engine overheats and damages the pistons or valves. As a result, your car’s performance declines.

Knowing that a weak battery can cause engine misfire or make your car run rough is very important.

Even though some people claim that there is no link between a dead car battery and a car that runs rough, you need to be smart when diagnosing issues with your vehicle.

And that’s why other than a weak battery, you should know the other things that can cause a car to run rough. 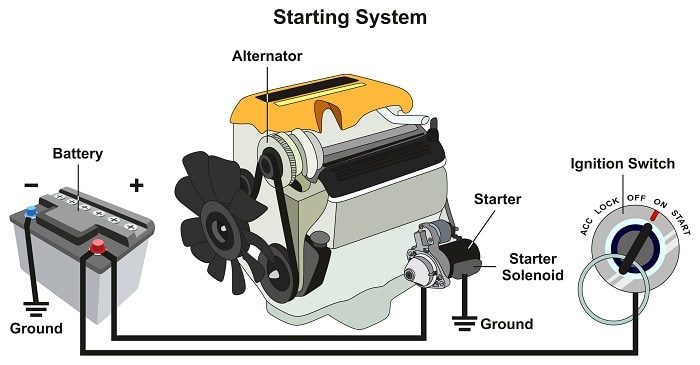 What Else Can Cause a Car to Run Rough?

Despite being a common problem, diagnosing the cause of why a car is running rough can be a bit difficult. We have already seen above that a weak battery can cause your car to run rough.

However, it isn’t the only thing that can cause such a problem. Here are other reasons why your engine may be running rough.

The role of a fuel injector is to spray fuel on each cylinder at high pressure to initiate engine combustion.

Because they operate under harsh environments characterized by high pressure and temperatures, they can easily get dirty from the carbon produced after combustion.

When it gets dirty or clogged, not enough fuel is released into the cylinders and the engine starts to misfire.

To clean dirty fuel injectors, you will have to remove them and use a powerful solvent to unclog the dirt.

You can avoid this problem by using top-tier gas which contains more detergents that can dissolve carbon deposits.

If your engine is misfiring, the first thing that you need to check is the condition of the spark plugs. These send electrical impulses to the cylinder which ignites the fuel and air for combustion to take place.

Plugs wear out with time and that’s why they should be changed during every service. If not, they may send weak electrical impulses and slow the combustion process.

There is a reason why we are always told to change our air filters regularly. The same way your engine needs to receive enough fuel from the injectors, this is the same case with air.

If the air filter is clogged, the engine won’t burn fuel efficiently and you may experience some rough running.

Known in full as a Positive Crankcase valve, the role of this tool is to take unburned gases that try to escape the cylinder back to the crankcase.

The longer a PCV valve is used, the dirtier it gets. When clogged or it starts to leak, it may cause the fuel and air to run lean and cause the car to run rough.

Please note that cars with high mileage can also cause the car to run rough due to engine wear. To diagnose more complex issues, you will need the help of a mechanic.

Though it is possible to diagnose and fix the above issues by yourself, we highly recommend that you hire a professional mechanic.

Mechanics check the engine computer and identify triggered codes. This helps narrow down the reason why your car is running rough.

They then replace the affected part and check if the problem has been solved. If the cause is a weak battery, this is an issue that you can easily solve.

Replace the battery as soon as possible. After all, as a motorist, you are aware of how inconvenient a dead battery can be.

Should a battery replacement not fix the rough running, check the alternator before looking at fuel injectors and spark plugs.