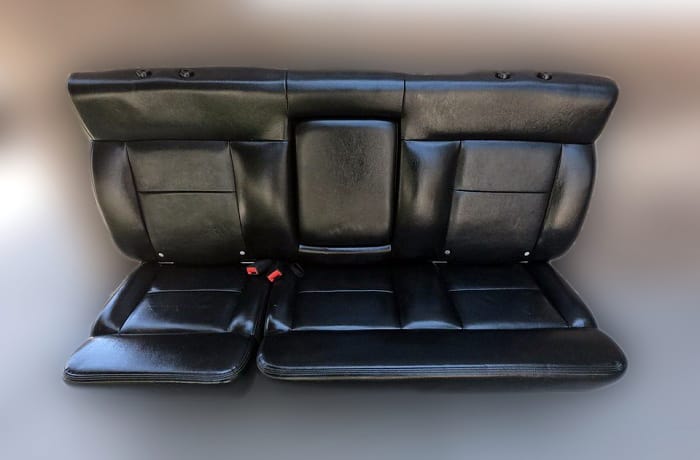 For instance, if you find the seats on an F250 uncomfortable, you can consider replacing them with those of an F150. However, there is a lot that is involved in swapping seats.

It’s not just a matter of moving one seat into another car, and that’s it. You have to check dimensions and other mechanisms which could be different.

If you are interested in swapping seats in your F250 with those from an F150, here is everything you need to know.

Yes, you can, but with some modifications. Even though both models are made by the same manufacturer, the seats tend to be in different sizes.

Therefore, you will have to drill new holes and modify the brackets to make the seats fit. The thing is, the F250 is much more significant. Thus, the seats tend to be a little bit more spacious.

Also, if you check how they have been installed, the bracket system is slightly different from that in an F150. Therefore, it will be impossible for F150 seats to snuggly fit your F250.

Are the Modifications Worth It?

That depends on why you are interested in installing F150 seats on an F250. Modifying the brackets and drilling new holes in the frame will cost money and take up a considerable amount of time.

If you have the resources, you can go ahead and make the modifications. However, if the resources are limited, if you have F150 seats, you better sell them and look for F250 seats that will snugly fit your car.

What Factors Determine the Fitting of F150 Seats on an F250?

Two main factors determine whether an F150 seat will fit on your F250 or not. These factors include;

The YOM of your F250 will significantly determine whether the F150 seats will fit or not. If you come across F150 seats made during the same year as your F250, you don’t have to worry about fitment issues.

But if there is a massive gap in YOM, there is a high possibility that the seats will not fit. Before you even get F150 seats, inquire about the YOM.

As you may already know, there are different types of car seats. For instance, we have the typical seats you will find on a Ford. Some even have bucket seats found in race cars.

If your F250 had stock seats and you intend to replace them with a custom option, some modifications will need to be made.

For a car enthusiast who prefers to make upgrades by themselves and you have tools such as drillers and welders, you can always perform the required mods by yourself.

However, if you aren’t very technical, these mods can be too complicated for you. Take a mod such as replacing the seat bracket.

You will need to have some experience with this. In such a scenario, it’s better to pay an expert mechanic to install the seats for you securely. Remember that loosely installed seats can be a hazard.

So far, you know that F150 seats will most likely require some modification to fit your F250. But before embarking on such a project, it’s essential to ask yourself what benefits you will get from this.

One of the most common reasons Ford owners may install F150 seats on an F250 is comfort. If you find F150 seats more comfortable than the ones in your car, you could swap them. Seat comfort is crucial for all motorists, especially those driving long distances.

The other reason you should install an F150 seat on an F250 is if you have been desiring an upgrade. It may seem counterintuitive to upgrade an F250 with F150 seats.

But if your car is an older model, the latest models of the F150 tend to have excellent-looking seats. It will therefore be a worthy upgrade.

Finally, if the seats on your F250 are worn out, you may consider replacing them with something else. But if this is your reason for the swap, there is no need for F150s. You can stick to seats made specifically for your model.

Will Size Be an Issue?

Surprisingly, the F150 seats are wider than F250s. Even though the F250 models are bigger, these seats can overcrowd your cabin. Aesthetics-wise, your interior can look a little bit strange.

A pro tip before attempting to fit F150 seats in an F250; measure the seats of the first car and then compare them to the ones on your F250.

While we are discussing issues, another one that may pop up is regarding the brackets. Because of the difference in size and design, you may have to remove the old bracket and replace it with a new one.

It’s crucial that you get sturdy brackets. Otherwise, they can easily break.

Will the Seatbelt Be Affected?

The seatbelt will only be a problem if you are dealing with seats from a double to a single cab. Double cabs tend to have seat belts built into the seat since the structure near the door isn’t very sturdy.

This can lead to a lot of confusion, especially if the seats are obtained from an F150 single cab and fitted into a double cab F250.

Are All Seats in the F Series Interchangeable?

The interchangeability of parts all narrows down to one thing – the generation of the car. For instance, the F series from 92 to 97 has interchangeable seats from the F150 to the F350.

As you hunt for seats to swap with your car, make sure you choose seats from models of the same generation. Such a solution will ensure that the seats bolt right in with minimal modification.

Isn’t It Better to Repair F250 Seats Instead of Swapping Them with F150s?

It’s always a good idea to evaluate your options before deciding. As mentioned earlier, there are many reasons why you may be interested in swapping seats from an F250 to an F150.

If the reason why you are doing this is that your seat cushion is torn or worn out. Repairing the cushion is more cost-effective than swapping the entire seat. Look for a mechanic shop that specializes in upholstery near your home.

They can fix worn-out seat padding and make it look as good as new. Repairs will always be better than replacements.

The first place I would advise you to check is at a local yard. You will be surprised how many auto treasures are lying around in yards.

At a yard, you can get a great deal on F150 seats. If you are lucky, you can find F250 seats from the same generation as your truck, which will bolt right in.

If you aren’t successful with finding an F150 seat at a junkyard, you can shop from various online marketplaces. eBay is a popular spot for car parts.

The problem with this option is that the costs will be slightly higher. But with enough research, you should be able to get an F150 seat in decent condition for your F250.

Will the Swap Allow the Center Console to Fit?

The center console between the driver and the co-driver seat is an excellent addition to any car. However, whether it will fit depends on the size of the F150 seats and the space in the F250 cabin.

The only way to be guaranteed if it will fit is to take measurements before installation. Failure to do so will also result in incompatibility.

Are Rear Seats on an F150 Interchangeable with the F250?

The rear seats on the nan F150 are often much narrower than the ones in an F250. This could affect the fitment. The best way to avoid obstacles is by taking measurements before installation.

Can You Wire the Seats When Swapping Them?

If the seats you had on your F250 were heated, you could also wire the new ones so that you can continue to enjoy this feature. But before you do that, you should confirm if the F150 seats are heated or not.

If they aren’t, you have no option but to take them as they are. If they are, you may need the help of a professional mechanic to wire them correctly.